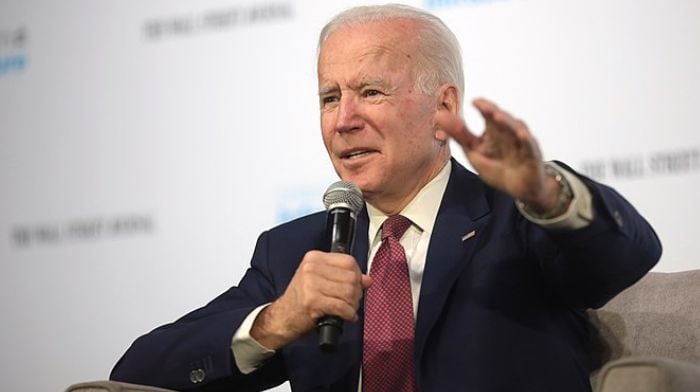 Twenty states led by Texas sued the Biden administration Tuesday over another immigration policy they argue is illegal.

Part of the plan involves expanding a parole system to allow an additional 360,000 foreign nationals in the country illegally to be released into the United States, a system over which Florida already sued. Florida’s case went to trial on the same day Biden announced he was expanding the very system Florida is asking a judge to halt.

The proposed expansion allows up to 30,000 Cubans, Haitians, Nicaraguans and Venezuelans to enter the U.S. a month, and requires Mexico to hold another roughly 30,000 a month at U.S. taxpayer expense. The president claimed those illegally entering between ports of entry from these four countries would be returned to Mexico. Those who apply for work permits could receive a two-year authorization to live in the U.S., according to the program. If the law established by Congress was enforced, the majority of people applying to this program would be denied entry.

The plan applies to citizens of four countries who’ve increasingly entered the U.S. illegally since Biden’s been in office.

In fiscal 2022 and the first three months of fiscal 2023, for example, a record number of Cubans and Haitians have been apprehended by the U.S. Coast Guard and Border Patrol agents attempting to illegally enter Florida. Likewise, a record number of Nicaraguans and Venezuelans have been apprehended at the southern border, according to Customs and Border Protection data.

On Jan. 5, DHS Secretary Alejandro Mayorkas again claimed “the border was closed” and expanding the parole system would “provide humanitarian relief consistent with our values, cut out vicious smuggling organizations, and enforce our laws.” He also said, “Individuals without a legal basis to remain in the United States will be subject to prompt expulsion or removal. Individuals who are provided a safe, orderly, and lawful path to the United States are less likely to risk their lives traversing thousands of miles in the hands of ruthless smugglers, only to arrive at our southern border and face the legal consequences of unlawful entry.”

Paxton argues the program is illegal because Congress only authorized parole “for foreign aliens who meet very specific standards that have not been met in this instance. Yet, contrary to existing law, the program creates a pathway for program participants to apply from their home country and gain lawful status to enter and stay in the U.S. for up to two years, or even longer.”

Like the previous expansion of the parole system, this program was implemented “without engaging in the usual notice and comment rulemaking process required by law,” Paxton argues, which is “yet another episode in which the administration has abused its executive authority in furtherance of its apparent objective for immigration policy: open borders and amnesty for all.”

“Every state in America, especially border states like Texas, is being crushed by the impacts of illegal immigration,” he said. “The Biden open borders agenda has created a humanitarian crisis that is increasing crime and violence in our streets, overwhelming local communities, and worsening the opioid crisis. This unlawful amnesty program, which will invite hundreds of thousands of aliens into the U.S. every year, will only make this immigration crisis drastically worse.”

The complaint notes that the parole system can only be applied on a “case-by-case basis for urgent humanitarian reasons or significant public benefit,” not en masse as it’s been used or is being proposed.

“The parole program established by the department fails each of the law’s three limiting factors. It is not case-by-case, is not for urgent humanitarian reasons, and advances no significant public benefit. Instead, it amounts to the creation of a new visa program that allows hundreds of thousands of aliens to enter the United States who otherwise have no basis for doing so. This flouts, rather than follows, the clear limits imposed by Congress,” the complaint states.

Seven of them, including Paxton, joined Florida Attorney General Ashley Moody last year in calling on Mayorkas to resign. Texas congressional members have called for him to be impeached, arguing he is willfully not enforcing laws established by Congress and has violated his oath of office.

Despite Mayorkas’ dismissal of their claims, and repeated claim that “the border is secure,” under his watch, the greatest number of known terrorists have been apprehended illegally entering the U.S. on record. National security experts have expressed fear about the number of alleged terrorists and criminals who’ve illegally entered who haven’t been caught.