Animal rights group “continues to misuse the writ of habeas corpus” to advance agenda, says zoo. Forget fetal personhood or corporate personhood. The next big battle over extending individual rights under U.S. law may come from a case involving an Asian elephant named Happy. The matter is currently being considered by New York’s highest court.

Happy is around 50 years old and lives at the Bronx Zoo, where she has spent roughly 45 years of her life after being born in the wild. A group called the Nonhuman Rights Project is now suing to get her freed.

The Nonhuman Rights Project (NRP) says “Happy is an autonomous, cognitively complex elephant worthy of the right reserved in law for ‘a person,'” explains the Associated Press. A lawyer for the zoo, which is run by the Wildlife Conservation Society (WCS), “argues Happy is neither illegally imprisoned nor a person, but a well-cared-for elephant ‘respected as the magnificent creature she is.'”

“She has an interest in exercising her choices and deciding who she wants to be with, and where to go, and what to do, and what to eat,” the NRP’s attorney, Monica Miller, told the A.P. “And the zoo is prohibiting her from making any of those choices herself.”

The NRP wants to get Happy released through a habeas corpus proceeding, under which people can challenge illegal detention and imprisonment.

But the WCS challenged the NRP’s legal strategy as well as the group’s characterization of Happy’s circumstances and quality of life. “NRP continues to misuse the writ of habeas corpus to advance what they have called ‘a state-by-state, country-by-country, long-term litigation campaign,'” said the WCS in a statement:

The blatant exploitation of Happy the elephant by NRP to advance their coordinated agenda shows no concern for the individual animal and reveals the fact they are willing to sacrifice Happy’s health and psychological well-being to set precedent….

WCS attorney Kenneth Manning suggested to the court that this lawsuit was not the proper venue for granting animals personhood. “If there’s going to entire be a rewrite and a granting to animals of rights that they never had before, shouldn’t that be done by the Legislature?” asked Manning.

Some judges on the court appeared skeptical of the NRP’s argument about Happy’s personhood. If Happy is a person, does that mean that I couldn’t keep a dog?” asked Judge Jenny Rivera. “I mean, dogs can memorize words.”

The idea that animals are legally people may seem ridiculous, and indeed lower courts have ruled against the NRP a number of times. But granting animals the legal rights of personhood is not unheard of.

Last year, a U.S. federal court held that the descendants of hippos formerly owned by drug kingpin Pablo Escobar could be considered “interested persons” with a legal right to challenge a government order that they be killed or sterilized. (“The decision had no real ramifications for the hippos themselves, given that they reside in Colombia,” notes the A.P.)

Interest groups on both sides of the Happy case have submitted briefs to the court.

The New York Farm Bureau is one of the groups opposed to granting habeas corpus rights to Happy. “The agricultural industry should not be exposed to the wave of habeas petitions that NRP invites and that would swamp New York courts,” it argued:

Worse, if any of those habeas petitions succeed in securing the release or transfer of livestock, the livelihoods of agriculturalists and their suppliers would be destroyed. The downstream effects also would be serious. If NRP has its way, the livestock on which people in New York, in the United States, and around the world depend for sustenance, would be released from their alleged “imprisonment” and could no longer be raised for food in New York.

“We believe this legal moment for Happy represents a key cultural crossroads for thinking more openly and honestly—and less selfishly—about what it would mean to treat the particularity of non–human animals with the moral seriousness it deserves,” argued a brief submitted by five Catholic theologians from U.S. and Canadian universities.

More amicus briefs in support of freeing Happy can be found here.

A win for school choice in Tennessee. The state’s voucher program is not unconstitutional, held the Tennessee Supreme Court:

In a major win for Gov. Bill Lee, the Tennessee Supreme Court on Wednesday struck down arguments that his controversial school voucher program violated the state constitution by only applying to districts in Davidson and Shelby counties.

Under the education savings account program, eligible students could choose to take public money for their education and apply it to private school tuition instead.

But only some students — specifically those in Metro Nashville and Shelby County public school districts — are part of the three-year pilot program approved narrowly by the Tennessee General Assembly in 2019.

Biden invokes Defense Production Act for formula. Instead of canceling trade restrictions that exacerbate the U.S. baby formula shortage, President Joe Biden is invoking the Defense Production Act. “The president is requiring suppliers to direct needed resources to infant formula manufacturers before any other customer who may have ordered that good,” said the White House. The administration is also using Department of Defense aircraft to fly formula to the U.S. from overseas. “Bypassing regular air freighting routes will speed up the importation and distribution of formula and serve as an immediate support as manufacturers continue to ramp up production,” it said.

In yesterday’s Roundup, we noted that Facebook was fact-checking and obscuring a vintage recipe for homemade baby formula on the grounds that government agencies and some doctors say folks shouldn’t feed homemade formula to their kids. Adding to the silliness, Reason‘s Instagram post about the fact-checked post was also flagged for a content warning. 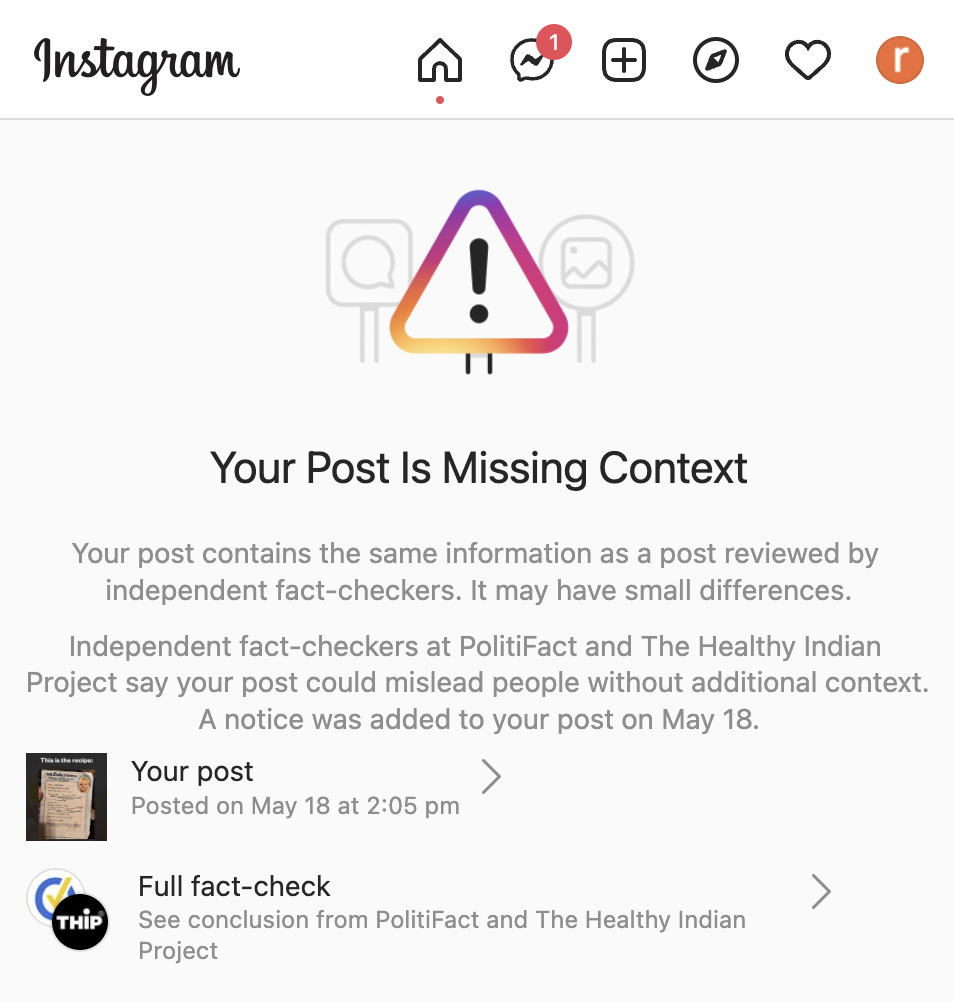 Former President George W. Bush: “The decision of one man to launch a wholly unjustified and brutal invasion of Iraq. I mean of Ukraine.” pic.twitter.com/UMwNMwMnmX

• The Department of Homeland Security’s creepy disinformation board is on pause.

• High school athletes in Albany say they are being suspended for wearing sports bras. The school says it’s because they used foul language during a confrontation with a security guard at a lacrosse game.

• Should you be concerned about monkeypox?