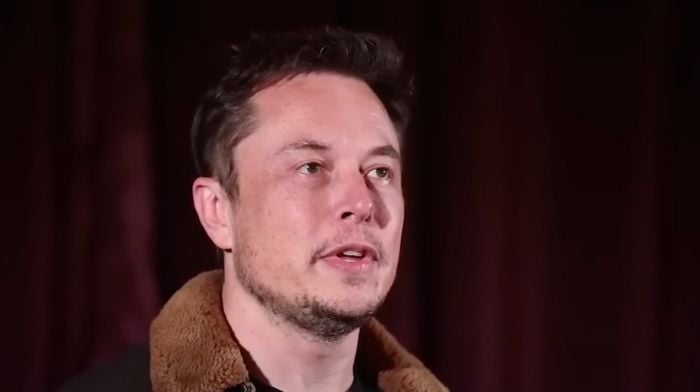 Could it be that there are some things more important than money? For Elon Musk, it is appearing to be so. According to a report from Forbes, the CEO of Tesla, SpaceEx, and now the owner of Twitter is no longer the world’s richest man.

Beating Musk out for that title is LVMH Chairman and CEO Bernard Arnault. Following Arnault and Musk on the billionaires list are:

Rounding out the exclusive list is co-founder of Oracle Larry Ellison, who currently clocks in at a cool $102.1 billion.

For the record, former President Donald Trump remains on the list with a net worth of $3.2 billion. Musk has taken a bit of a financial hit with his acquisition of Twitter since taking the company private thus and inheriting all of its financial challenges. Reuters reports that shares of Tesla stock have lost around 47% of value since Musk’s purchase of the social media company as a repercussion of actions liberal users have deemed intolerable, and are now down around 2.7%.

Elon Musk is seen as a supervillain for using $44 billion of his own money to buy Twitter but Sam Bankman-Fried is treated with kid gloves for losing billions belonging to others. 😡

RELATED: Cotton Slams ‘Woke’ Kroger CEO to His Face For Asking Republicans to Save Them From Dem Regulations: ‘Best of Luck’

Elon Musk has a net worth of approximately $185.7 billion and has been number one on the Forbes list since September of 2021. After Musk acquired Twitter at the end of October, Tesla investors discarded shares in the electric vehicle company citing concerns that Musk was more engrossed in Twitter. Because of the stock dump, Musk’s net worth fell below $200 billion.

Since negotiations between Musk and Twitter began in April, Tesla has lost half of its market value. Musk has lost personal wealth in the neighborhood of $70 billion. According to Reuters, Musk acquired Twitter with $13 billion in loans and $33.5 billion equity commitment.

While Elon Musk may be seeing financial challenges for his companies since acquiring Twitter, he stated that the reason for purchasing the social media platform was to have “a common digital town square, where a wide range of beliefs can be debated in a healthy manner.”

So far, he has remained consistent and seems committed to that mission. While his detractors will never believe it, the same situation was seen with former president Donald Trump. From boasting a net worth of $3.5 billion in 2017 to $2.4 billion in 2021, Trump lost almost one third of his total wealth.

A billionaire knowingly buying a money losing, corrupt company that violated the bill of rights – and lord knows what else – with the intention to save #democracy is about as patriotic as you get and dwarfs whatever the Rockefellers and Carnegies did. @elonmusk #TWITTERGATE

Along the same lines, Donald Trump did not seem to care about losing money. In October of 2019, he said, “Whether I lost $2 billion, $5 billion or less, it doesn’t make any difference. I don’t care. I’m doing this for the country. I’m doing it for the people.”

In both cases, whether you like or dislike Musk and Trump, neither man was obligated to give up the opulent lifestyle of a billionaire and hang themselves out for ridicule from the public and ideological opponents.

Donald Trump might have been perfectly content playing golf, enjoying his grandchildren, and declaring, “you’re fired” to reality show contestants. At 51, Elon Musk is a young man, wouldn’t he have been just fine making electric cars and rockets?

There is also one special thing that no one talks about in the case of Elon Musk and Twitter. Elon Musk is not a native born American. He was born in South Africa and came to the U.S. as a teenager. He knows the value of free speech better than, quite frankly, millions of native born Americans.

Sometimes, it’s just not about the money.