Japan forecast to slide into recession 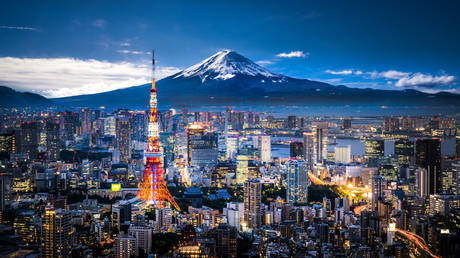 The economy may suffer a significant downturn in a 2023 with soaring inflation, according to Capital Economics

The world’s third-largest economy, Japan, is likely to enter a recession in 2023, Capital Economics told CNBC on Tuesday. The warning comes as inflation in the country hit the highest in over four decades in October, driven by a weak yen and imported cost pressures.

According to Marcel Thieliant, senior Japan economist at the consultancy, the recession will “mostly be driven by a drop in exports and also by becoming more cautious, which is typically what you see when exports start to fall.”

The government is due to release a revised third quarter GDP report on Thursday. Analysts polled by Reuters expect a 1.1% annualized contraction for the July to September period. That would follow a 1.2% contraction in the previous quarter and could mean the economy is already headed for what is commonly categorized as a technical recession, or two consecutive quarters of negative growth.

Thieliant assumed that the Bank of Japan will stick to its ultra-dovish monetary policy and will not start raising benchmark interest rates, especially amid recessionary concerns.

“The [central] bank has indicated that it wants to see sustainable inflation and the kind of cost-push inflation that we are seeing now is not sustainable,” said the economist.