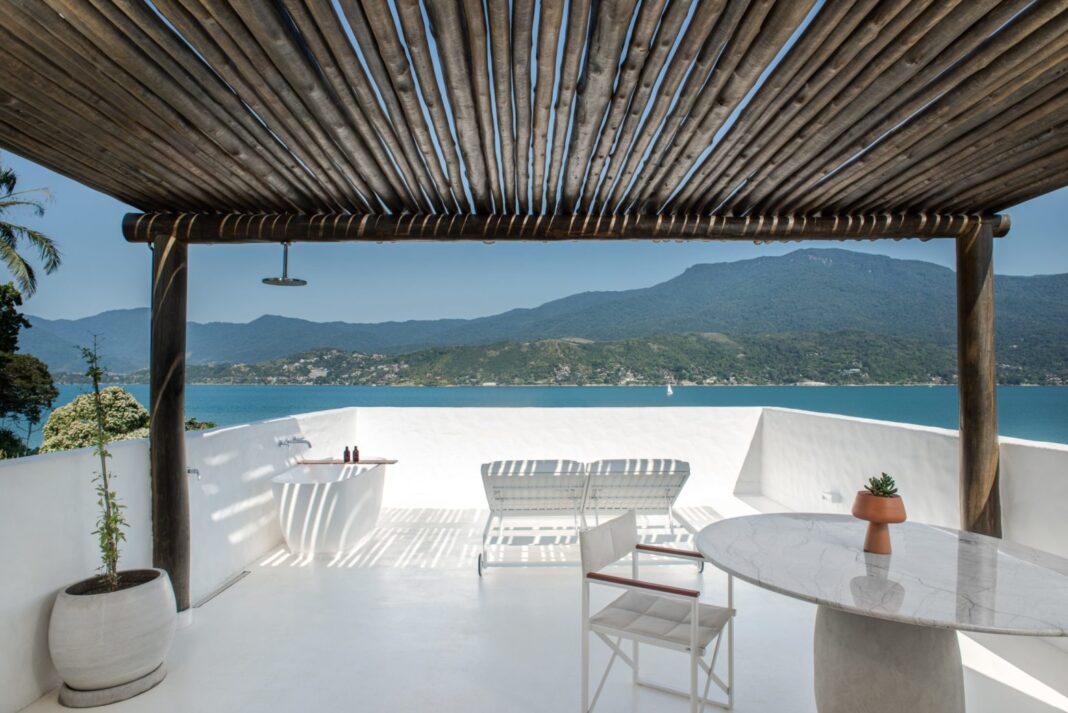 Brazil and Portugal have a lot in common, more than meets the eye. Of course, Portugal, the country that has been chosen the best destination years in a row has a spirit of endeavor that took them in the past to discover the way to the Orient and to a paradise down south of the Atlantic that would be called Brazil. Miradouro São Sebastião Hotel is a small luxury hotel in the magical green coast of São Paulo, near Ilha Bela, or the Beautiful Island. Imagine, green seas, lush forests and cliffs with endless views of the sea that connects Brazil with its heritage: Africa & Portugal.

The hotel scene in Brazil has faced a rediscovery during the pandemic with Brazilians travelling within the country and new players are positive and happy to invite the world to do the same too. Here comes the new charming option that blends the wonderful Portuguese expertise in hospitality with Brazilian joy of living.

Therefore, says Miradouro’s team, Luxury 2.0 is the ability to be less wasteful, more community conscious and to have time. Hotelier Maria Isabel envisioned 21 exquisite rooms, all with sea views, and what a view. The spaces are populated with a trove of Brazilian modern furnishings by Estúdio Orth.

There is a profusion of traditional materials like straw, colourful woods & fabrics, reimagined tapestry and ceramics that pay homage to the African, Portuguese and indigenous populations that created the wealth enjoyed by Portugal and Brazil.

Hence, how to create something new without forgetting the past? By reimagining the present with joy.

With high social and environmental impact, the project by PM Arquitetura, focused on respecting the traditional existing architecture with modern environmentally conscious elements. The former building of the hotel, in ruins, was brought back to life. Breakfast is an experience on its own. Created in collaboration with HM Food Café by chef Hes Carvalho from São Paulo, considered one of the best brunches in the city, there are Brazilian and Portuguese influences.

So, here is the recipe of the autoral Miradouro drink:

Please sip it like if you were gloriously on holiday in Brazil – just imagine! At Miradouro São Sebastião, age is a state of mind. To read, and to read female authors

One of the great joys of traveling is reading – before, during and after travel. The hotel has partnered with Gato Sem Rabo, a bookstore specialised in female authors and storytelling, to provide female authored books in every space of the hotel.

I hope 2022 brings a better way of being a citizen of world and that we can travel better. Visiting destinations to promote a positive exchange.

And I know that, a hotel that is at the front row of such experiences is Miradouro São Sebastião, a place that connects the guest with a cultural heritage that is very unique in the world.  As the Portuguese would say: “To the sea, discovering, we must.” Human Postcards: Every Person is a Story

On The Road Less Travelled [Morocco]

An immersive journey from Marrakech to Skoura Oasis & beyond through homes of whimsical beauty Morocco has an inexplicable allure. I have been...
Read more