Sunshine Might Be Free But Solar Power is Not Cheap 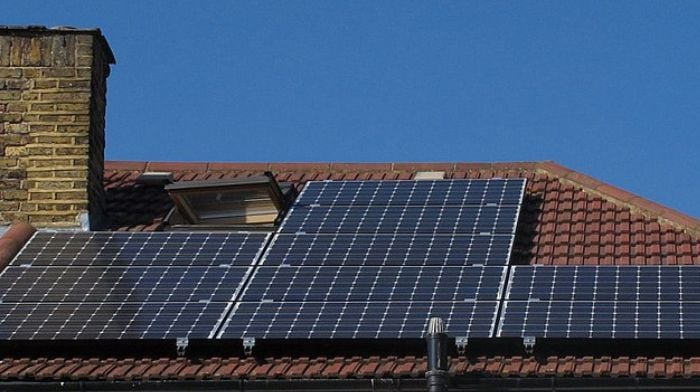 By Isaac Orr for RealClearEnergy

Mississippi residents are consistently told that renewable energy sources, like solar panels, are now the lowest-cost ways to generate electricity, but these claims are based on creative accounting gimmicks that only examine a small portion of the expenses incurred to integrate solar onto the grid while excluding many others.

When these hidden expenses are accounted for, it becomes obvious that solar is much more expensive than Mississippi’s existing coal, natural gas, and nuclear power plants and that adding more solar will increase electricity prices for the families and businesses that rely upon it. One of the most common ways of estimating the cost of generating electricity from different types of power plants is a metric called the Levelized Cost of Energy, or LCOE.

The LCOE is an estimate of the long-term average cost of producing electricity from a power plant. These values are estimated by taking the costs of the plant, such as the money needed to build and operate it, fuel costs, and the cost to borrow money, and dividing them by the amount of electricity generated by the plant (generally megawatt hours) over its useful lifetime.

In other words, LCOE estimates are essentially like calculating the cost of your car on a per-mile-driven basis after accounting for expenses like initial capital investment, loan and insurance payments, fuel costs, and maintenance.

We can estimate the LCOE of new solar facilities in Mississippi by using overnight capital cost estimates from the U.S. Energy Information Administration (EIA) Electricity Market Module and other state-specific factors. We can then compare the cost of solar to the real-world cost data for the coal and natural gas generators at the Victor J. Daniel Jr. Generating Plant, and the Grand Gulf nuclear power plant using the Federal Energy Regulatory Commission (FERC) Form 1 database.

The graph below shows that electricity generated by new solar panels would cost $50.67 per megawatt hour when accounting for the fact that monopoly utilities are allowed to increase electricity prices to cover the cost of building any new solar facilities that receive approval from the Mississippi Public Service Commission, plus a ten percent rate of return, shown as “utility profits,” below.

These cost estimates are, I should point out, for the unsubsidized cost of solar – what you might call the real, or underlying cost of producing it. This matters because the Biden administration’s enormous $370 billion so-called “Inflation Reduction Act” offers massive subsidies for solar, which on the surface seem to reduce the cost of solar. In reality, what the IRA subsidies do is reduce the cost paid by some by passing on the costs to the taxpayer. Subsidy, in other words, does not change the underlying costs of solar, which remain unattractive no matter how many inducements the federal government offers us to go solar.

RELATED: Biden Pledges BILLIONS to Africa Under the Ruse of Climate Change

The most affordable electricity in the state was generated by the combined cycle (CC) natural gas units at the Victor J. Daniel Generating Plant at a cost $30.31 per MWh, based on the 2021 delivered cost of natural gas, which was $3.90 per million British thermal units (MMBtu), and electricity generation. Natural gas prices might have risen recently, but even at these increased prices, natural gas gives Mississippians better value than solar.  So, too, does nuclear.

Not only are solar panels more expensive than the existing natural gas, coal, and nuclear plants on Mississippi’s electric grid, but they also provide less value because they don’t provide electricity if the sun isn’t shining, which is most of the time.

Statistics from EIA show solar facilities in Mississippi only generated about 22 percent of their potential output in 2021, which means utility companies would need to install 450 megawatts (MW) of solar to generate 100 MW of electricity, on average, over the course of a year, requiring a huge overbuild of capacity to get the same annual energy output.

Creating an electric grid capable of incorporating all of these extra solar panels will require taking thousands more of acres of land, building more transmission lines to connect these panels to the grid, and moving the power to where it is needed. These costs, including the property taxes associated with the land, the lines, and the other equipment, will be passed along to customers through their electricity rates.

According to the Midcontinent Independent Systems Operator (MISO), these transmission lines routinely cost between $2.5 million and $3.1 million per mile. Despite their enormous price tag, solar advocates don’t usually include these transmission costs in their LCOE calculations because they are inconvenient.

Lastly, it is important to remember that no matter how many solar panels are installed in Mississippi, the electricity needs of the state will still require the use of natural gas power plants or expensive new battery storge facilities to provide electricity when the sun isn’t shining, which happens every night. As a result, Mississippi families and businesses are forced to pay for two electric systems: one that works when the sun is out, and one that works when it isn’t.

The data are clear: when all these costs are added up, we see that solar is much more expensive than using Mississippi’s existing natural gas, coal, or nuclear power plants. Therefore, the Mississippi Public Service Commissioners should protect ratepayers from the unnecessary cost increases that will inevitably result from building more solar facilities in the Magnolia state.

Isaac Orr is a policy fellow specializing in energy and environmental policy at Center of the American Experiment.